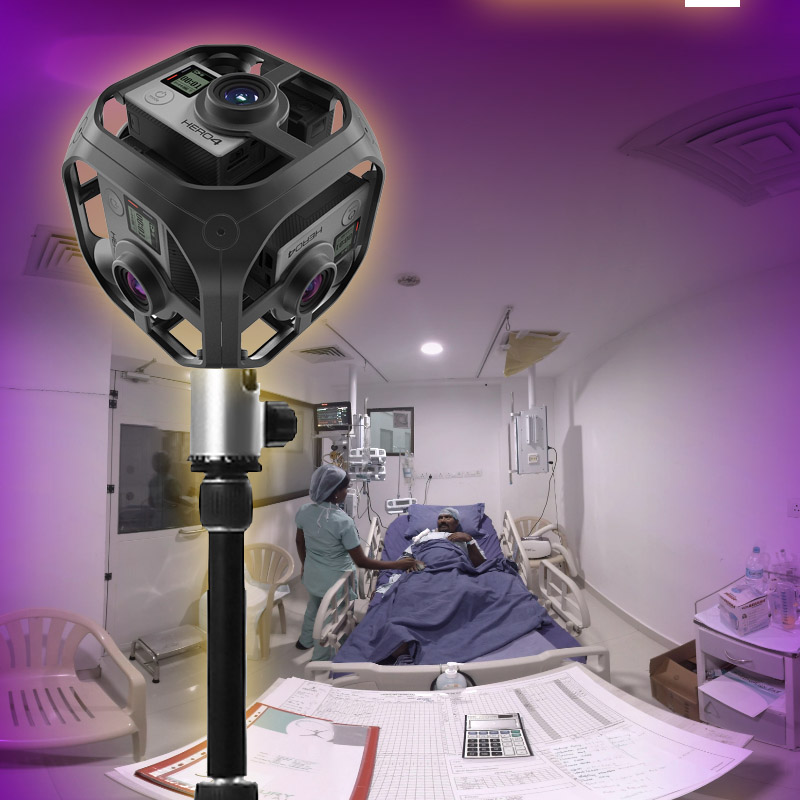 360-degree video production has made it possible to shoot the full view around one point in 3D space and render the resulting scene as 360-degree interactive videos. 360-degree video players such as YouTube allow viewers of these virtual reality (VR) videos to move a cursor and select the viewpoint they want to see from within the space of the 2D viewing screen. Viewed with a mobile device such as an iPad or Smartphone, users simply move their devices around to change the viewing angle. This gives viewers of the resulting 360-degree virtual reality videos a much immersive sense of the camera’s location within the scene compared to standard video formats. Additional interactive element can be programmed to help keep viewers engaged in the VR experience.

Another strategy is to place 2 or more 360 video cameras at different points of view. Later, this would allow the user to choose and change perspective during playback. Integration of multiple scenarios or scenario branches would allow students to interact within the learning module.

Streaming VR cameras allow live-streaming 360-degree video feeds from say, conferences, CME programs, meetings, seminars, etc. in which the viewer will feel being present in-person within the event. They can see actual participants when they look around. The Internet allows one to extend the impact to a much wider global audience.
The advantage 360-video has over interactive VR is time needed to create the experience is much less and hence the cost is also reduced. There are multiple ways in which 360-degree VR films can add value to a particular production.