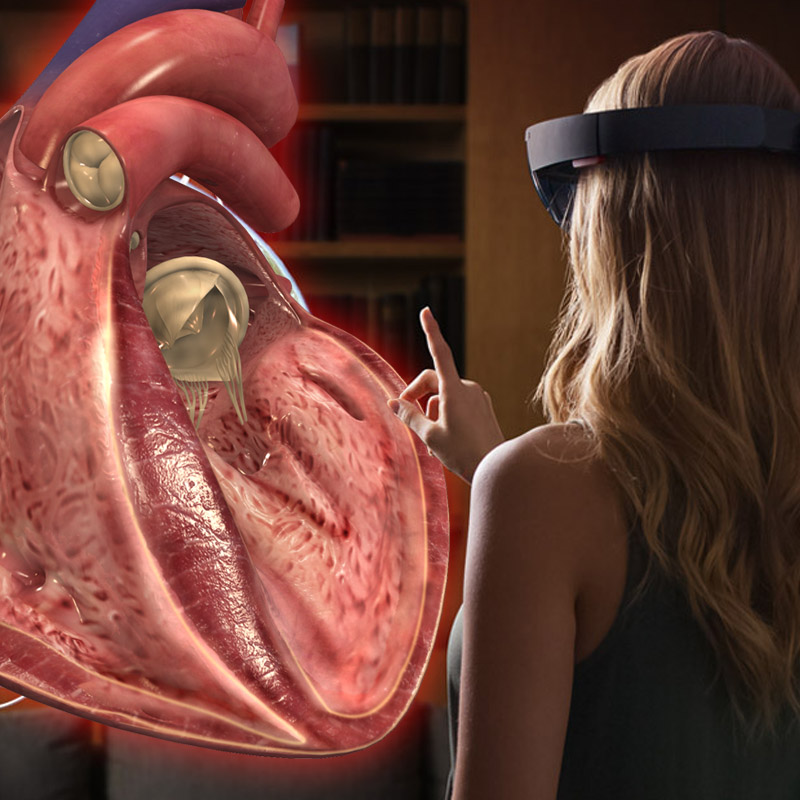 While the three technologies are often mixed up, there are significant differences between VR, AR and Mixed Reality (MR). AR lets users see the real world and projects digital information onto the existing environment. VR shuts out everything else completely and provides an immersive simulation. Mixed reality is closer to AR in the sense that it also projects synthetic content on the environment that is anchored in reality. However, unlike AR, MR technology interacts with the world. It means that while AR will soon be able to project the clinical data of a patient in front of me, MR first senses what is around and projects the requested data adjusted to the given environment.

Mixed reality is provided through Microsoft’s newly released low cost Mixed Reality Headset as well as the advanced HoloLens. The latter is the first self-contained, holographic computer which enables the user to engage with digital content and interact with holograms around.  Microsoft HoloLens scans the environment first and one can actually place the appearing window on the objects that it sees.

Interestingly, the HoloLens uses voice commands to search the web or start certain apps. The gadget uses speakers which do not obstruct external sounds to allow you to hear both virtual and natural sounds. The user is also able to command the entire system through different hand gestures or through a clicker. Interacting with the apps is quite straight-forward once you get used to the clicking hand gesture – it is just like using Microsoft Windows without a mouse or a keyboard.

Developing HoloLens and Mixed Reality applications requires a blend of different talents – medical domain, visual designers and design thinkers, 3D graphic artists and software engineers and programmers who have worked on Unity and HoloLens. The team at Immertive brings together: